Theme : Valuation of Assets in the Changing Global Scenario

The theme of the Congress is “Valuation of Assets in the Changing Global Scenario”. The Congress was opened by His Excellency The Governor of Tamil Nadu, Dr K Rosaiah. Some 700 people including family members attended the Congress. There were 2 plenary sessions and 4 concurrent sessions with some 40 papers presented on a wide range of topics from business valuation, plant and machinery valuation and real estate valuation.

The morning session was kicked off with a welcoming address by Vr R.S. Baabu, Chairman of the Chennai Branch, IOV and, followed by a Presidential address by Vr.P.K. Thiagarajan, President of IOV. Followed by a presentation of awards by the Excellency the Governor of Tamil Nadu to the chief guest and other dignitaries.

Dr Lim Lan Yuan from Singapore kicked off the first Plenary session with a presentation on the fair value measurement and market value valuation. The second speaker was Mr Sachin Gulaty from India who delivered a paper on the complexities and challenges for valuation in India. The final paper, titled ‘Valuation Practice in China’ was delivered by Mr Edward Au from Hong Kong, on behalf of Madam Liu Ping. The 2nd Plenary session were presented by Mr Francis Ng from Hong Kong who delivered a paper on ‘Confronting Land issues in Hong Kong in recent years’. The second speaker was Mr K P Budhbhatti from India who presented on the topic ‘Various purposes of Valuation’. The third speaker, Mr Keith Goodwin from Canada delivered a paper on ‘Valuation of assets in the changing Global Scenario. Are Valuers up to the job of meeting the challenges ahead’.

After all the papers were presented, Dr Lim Lan Yuan, Chairman of WAVO gave a valedictory address to the congress followed by the commencement of the Annual General Meeting of the Institution of Valuers (India).

The third day of the event was the congress optional tour to either (1) Chennai City, (2) Mahabalipuram/ Kanchipuram tour. 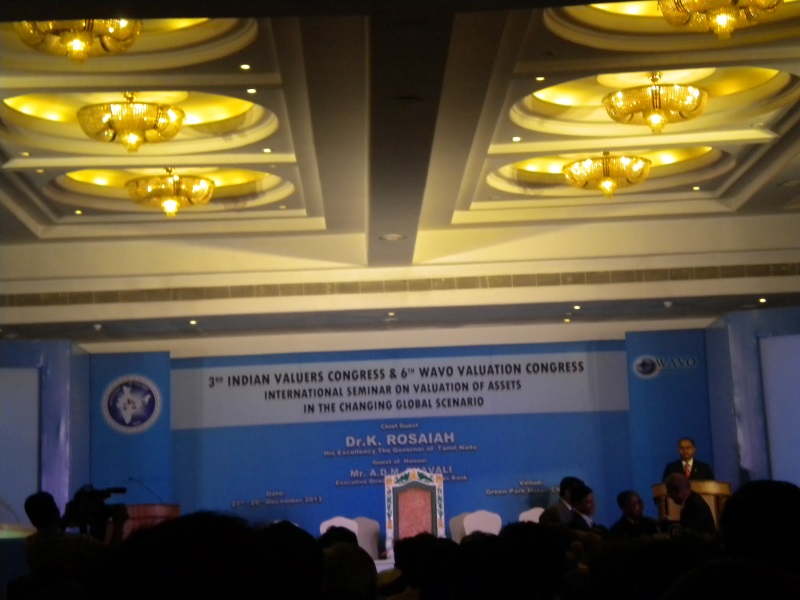 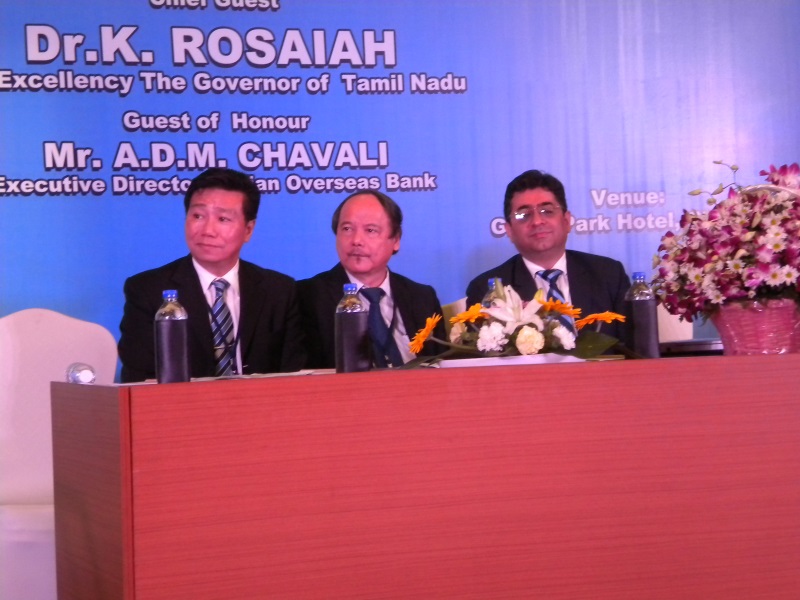 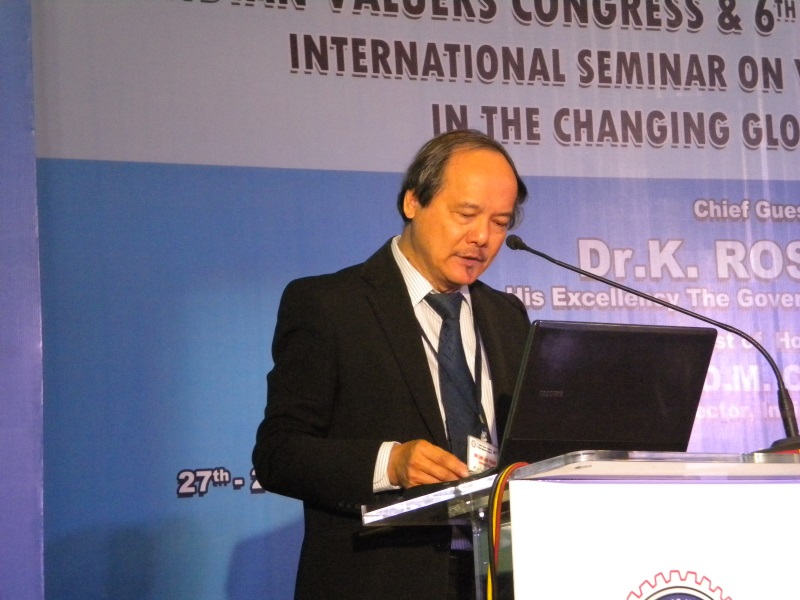 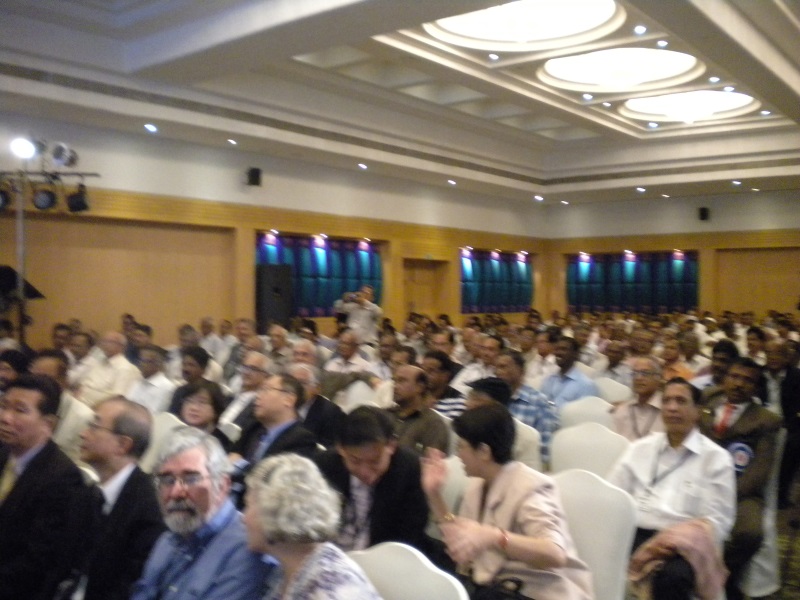 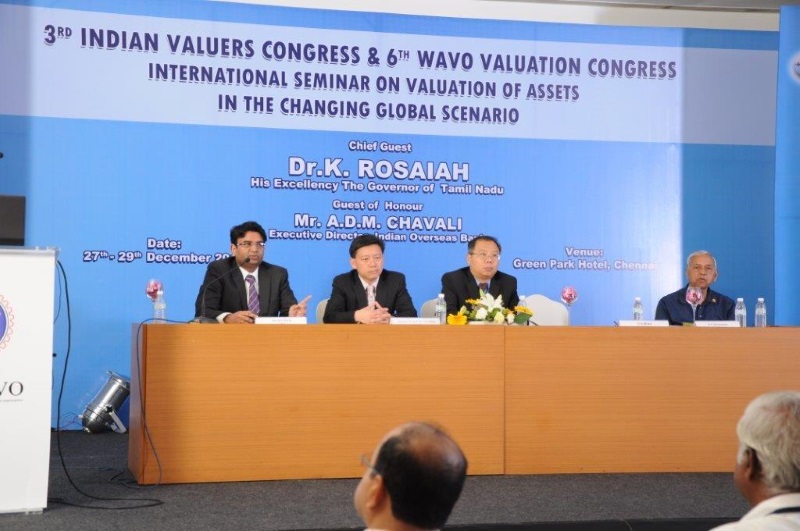 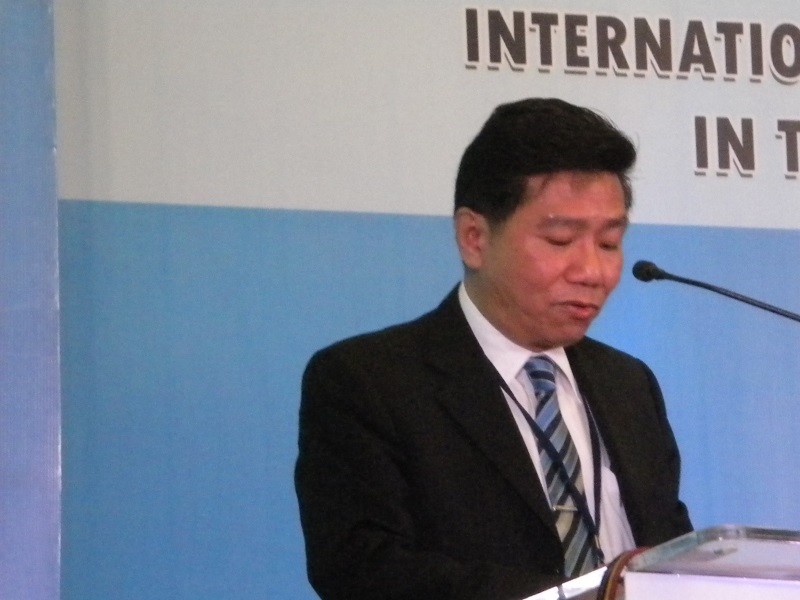 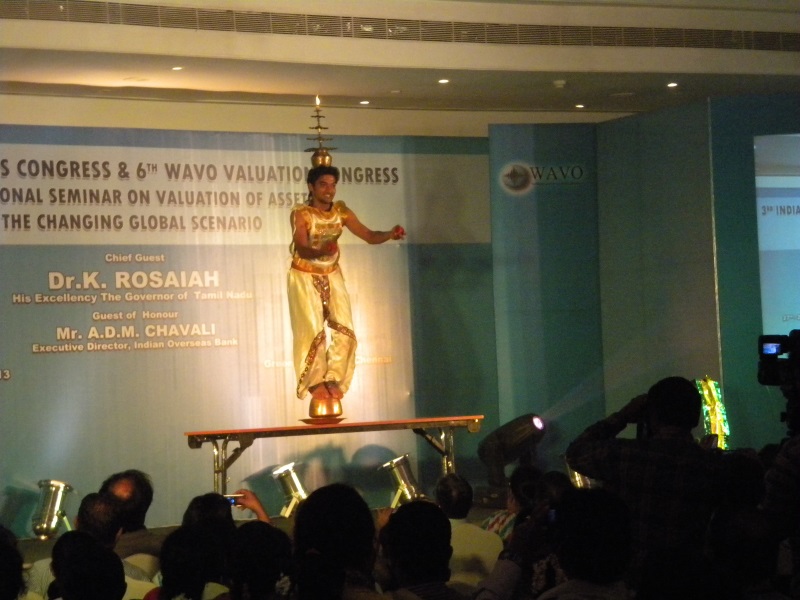 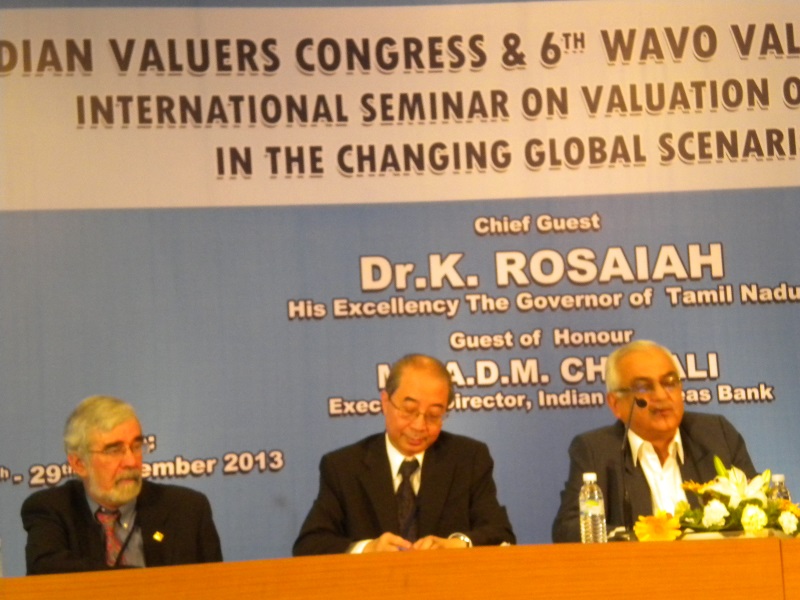 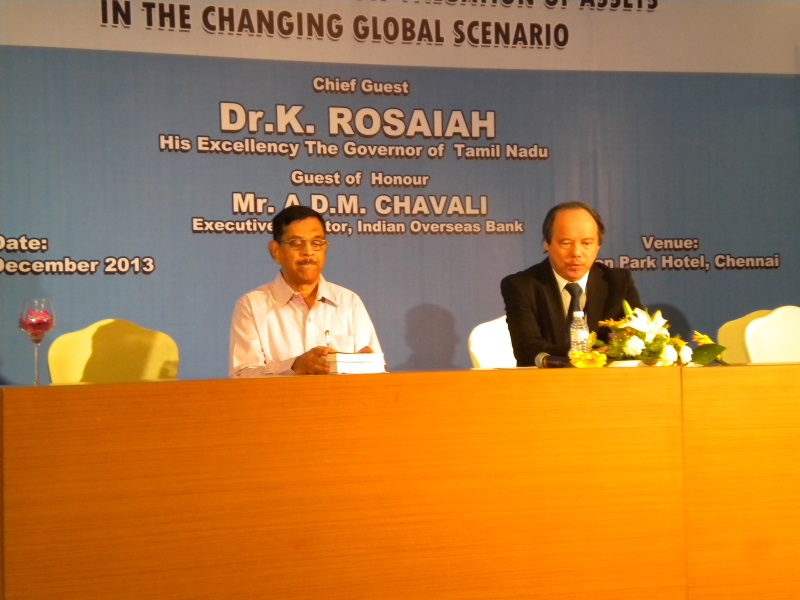 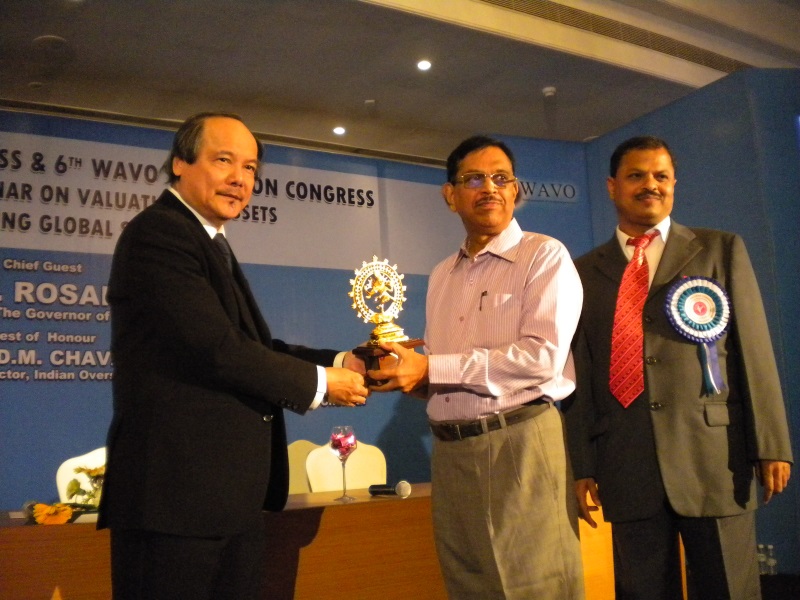 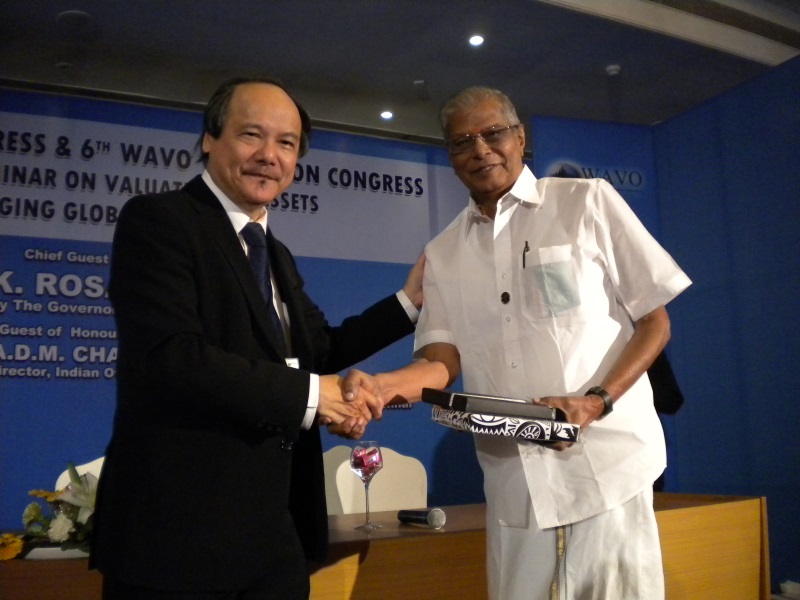 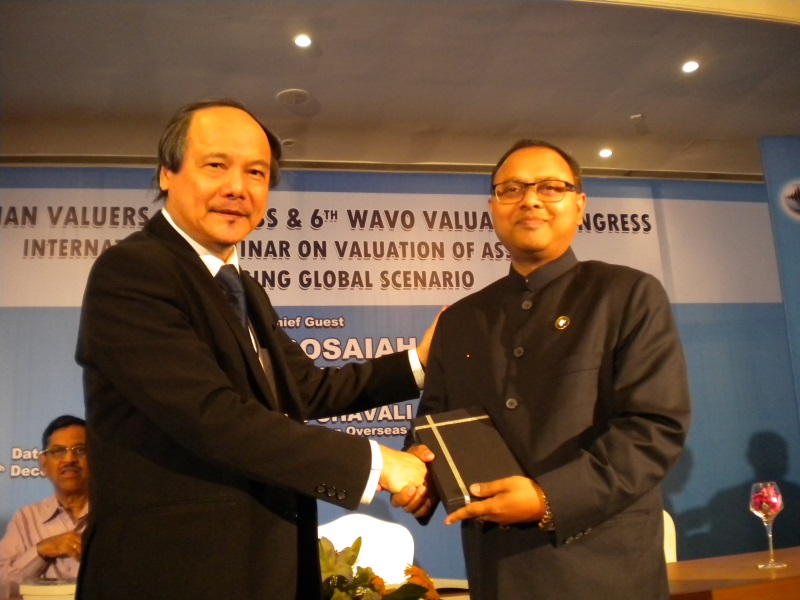