For the past two years, WAVO has been conducting its Annual General Meeting (AGM) virtually. We have continued to do so this year and WAVO held its third virtual AGM on 21 June 2022. The meeting was well attended by members of WAVO.

At this AGM, the Executive Committee members for the year 2022 – 2024 were elected. All the organisations whose members were in the previous term have been re-elected.

At the meeting, WAVO members discussed their plans to host the next Conference of which would be hosted by the Property Institute of New Zealand in June 2023.

WAVO is looking toward building its number of members who have been awarded the designation of World Recognised Valuers (WRV) and thanked members for their support in growing the numbers since its launch in June 2018.

As many countries prepare to move from pandemic to endemic, we will all await the hosting of physical conferences and congresses to resume as in pre-Covid days in due time. 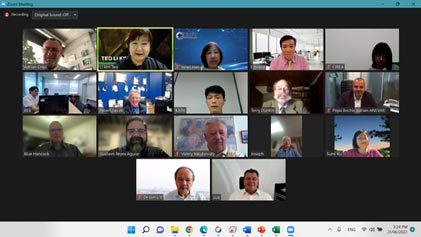